That Innocuous Printer Can Leak Your Data.

Commercial printers such as an enterprise or workgroup-class printer, typically installed in large offices and connected over a local area network, are used for printing large volumes of data in a multi-user environment. These commercial printers comprise a dedicated (removable) hard drive to store the scanned images, PDFs, and other types of documents for printing. A non-volatile memory such as traditional platter-based storage (HDD) or flash storage (SSD) allows these workgroup-class network printers to copy the documents without spooling them.

Multi-function Printer or MFP is another category of printers for dispensing multiple tasks such as printing, scanning, fax, and email. MFPs serve a similar utility like the workgroup-class printer, at a lower volume, so they might also have a dedicated hard drive for data storage.  Ricoh, HP, Epson, Dell, Brother, Canon, Xerox, and Lexmark are some of the leading manufacturers of commercial printers and MFPs.

A basic understanding of the printer hard drive data storage mechanism is necessary to comprehend the potential data vulnerabilities associated with such printers. In layman terms, the printer hard drive keeps storing and queuing the printing tasks in a circular buffer, i.e., sequential units of the memory in a circular order, without deleting the previous tasks. It starts overwriting the previous tasks only after filling up the memory.

This fact means the data stored in a printer hard drive can persist in the media for days and even weeks. This data comprising print jobs, fax, copy, scan, address book, etc. is vulnerable to a cybersecurity breach or leakage due to improper disposal of the equipment. The following section outlines the threat actors:

The following are the two main data breach & leakage scenarios concerning the printers with hard drives:

Media sanitization means systematic destruction of the data stored on a media such that it becomes unrecoverable using any tool or technique. Formal media sanitization methods focus on safeguarding the redundant data against the risks of exposure, misuse, and even penal actions.

For example, a commercial printer acquired on a lease may accumulate a large amount of sensitive data in the hard drive. The user or custodian organization is at immediate risk of data leakage if it fails to sanitize the printer hard drive before returning the printer. Another data leakage situation may crop up due to the disposing of an old printer without sanitizing it. For example, selling a used printer to the highest bidding vendor, donating it for charity, exchanging the device, or discarding the hardware for recycling are a few exit scenarios that can risk exposure of the sensitive data. Anybody in possession of the printer can extract (steal) the data from the hard drive, exposing the sensitive documents, faxes, copies, and print jobs.

There are several different media sanitization technologies in mainstream usage, widely categorized as Shredding, Degaussing, and Erasure. Shredding involves physical destruction of the hardware into smaller pieces such that the storage media is rendered unusable to prevent data retrieval. Shredding turns the hardware into toxic e-waste with no residual value for reuse or resale. Further, shredding is typically done off-site due to financial and logistic constraints, so the threat of data leakage remains looming while the printer hard drive is in transit to the shredding facility and until shredded.

Data Erasure (also known as data wiping) involves overwriting the existing data with unique binary patterns to mutilate and desensitize it. The data erasure technique turns the overwritten data illegible to any kind of read or extract tools or techniques without affecting the storage media (hardware). The erased media can be reused or monetized through resale and therefore retains its life stage value, like a PC can be reused after fresh OS installation. The data erasure technique can sanitize hard disk drive, solid-state drive, and any other media in an operable state, and it does not generate any e-waste.

Therefore, data erasure or wiping makes the best choice for printers having a dedicated hard drive, mainly including the enterprise or workgroup-class devices and MFPs.

The good news is that there are professional data erasure software tools that can provide an easy (DIY), efficient, and compliant method for wiping the hard drives and SSDs used inside a printer. These software tools can permanently erase the hard drive, as per the prevalent data erasure standards, and ensure that no data recovery tool or technique can recover the wiped data. Professional data erasure software also provides documented proof to attest to the wiping process and its efficacy to fulfill the global regulatory norms for data protection.

For example, you can try BitRaser Drive Eraser, a commercial data wiping software designed for erasing the hard drives and SSDs used in printers, laptops or desktops, workstation computers, servers, etc. It permanently wipes the storage media based on international standards such as NIST 800-88 and DoD 3 & 7 passes. It generates tamper-proof certificates and reports of erasure to serve the regulatory mandates.

Curious About How to Wipe the Printer Hard Drive?

Please read our detailed & easy-to-understand software KB on how to erase your printer’s removable hard drive using BitRaser Drive Eraser. The software can start erasing the hard drive in about 10 minutes, thereby protecting your data against risks of breach and leakage. 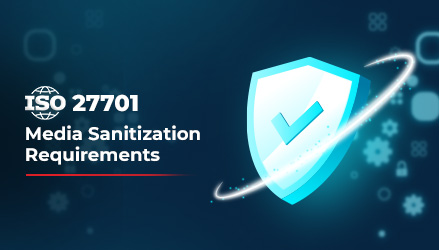 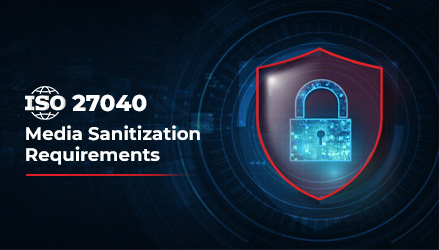