Data Destruction has been an integral part of the “knowledge cycle” that shaped human awareness and wisdom through the ages. Through the information acquisition, assimilation, synthesis, and distribution stages in this iterative cycle— data destruction allowed securing the redundant and secretive information from exposure by obliterating it beyond reversal.

Put simply, data destruction is an ongoing process emerging from the germinal need to maintain the privacy and confidentiality of individuals and institutions by preventing leakage or theft of their information.

While the aforesaid technological evolution was picking up pace, data destruction also came to the fore as a top-tier “industrial need.” A few overarching reasons drive the demand and importance of data destruction, as follows:

1. Rapid Proliferation of Data
The prodigious growth of data is a crucial driver for data destruction. Digital data is growing at a phenomenal pace across every dimension volume, variety, and velocity - shaping the “big data” realm.

The IDC Data Age 2025 report informs that the global datasphere (i.e., total data created, captured, and replicated) will grow from 33 Zettabytes 1 in 2018 to 175 ZB by 2025 at a CAGR of 61%. This digital data is stored at the Core (traditional and cloud data centers), the Edge (enterprise-hardened infrastructure), and the Endpoints (PCs, smartphones, and IoT devices). [1] 1 ZB = 1 Trillion Gigabytes 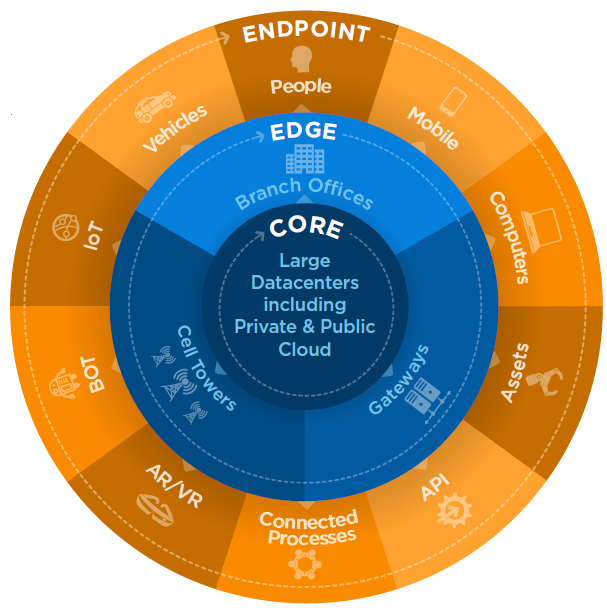 As per the IDC report, this global datasphere is complex to fully secure against data threat vectors due to its continuous interaction with the physical world at the 'edge' and ‘endpoints.' Moving between the Core (data centers) and Endpoints (client machines) through the Edge (enterprise infrastructure), this data is stored on billions of individual user & commercial devices, including computers, storage drives, servers, etc. 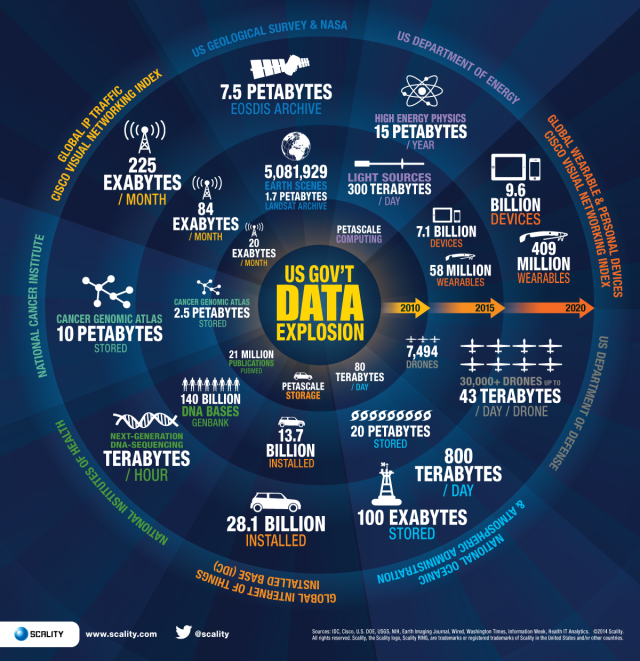 Typically, cybersecurity measures are taken to protect this data throughout its “active usage” stages, i.e., when the information is used for its intended purposes, like drawing customer or market insights, making a business decision, personalizing a message, business reporting, etc.

However, what happens when this data becomes redundant and unwanted, missed out from procedural accounting, abandoned, archived, or neglected because it is not needed? At this stage, this data comprising sensitive information is beyond the purview of cybersecurity measures and the typical IT surveillance and is, therefore, vulnerable to exposure, leakage, and theft. The various contingencies emerging in the data lifecycle stages can result in a data breach with myriad implications.

2. Cumulative Count of Storage Hardware
Complementing the data explosion trend, the growing aggregate count of installed or in-use storage hardware also underpins the need for data destruction. For example, Statista informs[2] [3] that approx. 5.2 billion hard disk drives and 3.3 billion PCs (laptops and desktops) were globally shipped between 2010 and 2020. Likewise, about 13.8 billion smartphones were shipped worldwide between 2009 and 2021.

Further, as per Statista Data Storage Insights [4], the global spending on Hosting, Storage, and computing market is expected to surpass US$ 163 billion by 2021. And, Data Storage Units market, valued at US$ 78 billion, is expected to constitute a whopping 47.8% share of this total market! 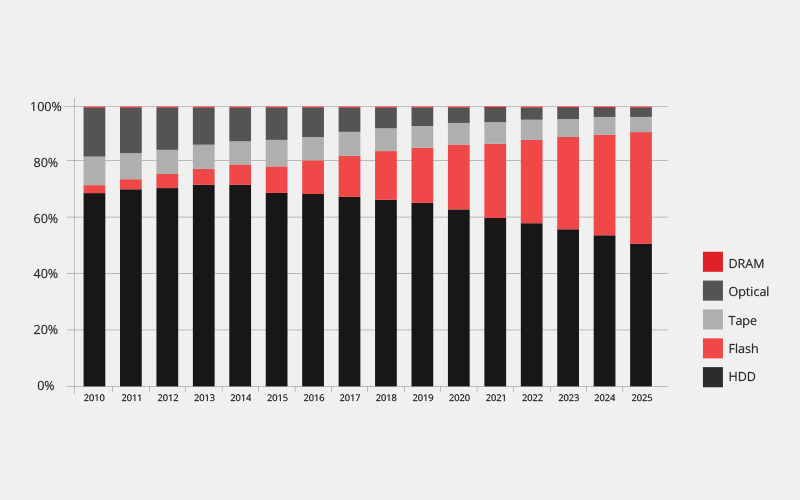 These trends indicate a high “cumulative count” and demand for data-bearing devices that might be transitioning through different lifecycle stages, namely— acquisition, allocation, usage, reallocation, return, resell, donation, and disposal. These lifecycle stages change the storage devices’ ownership and potentially expose the underlying data to the new owner if it is not destroyed beforehand.

For example, internal reallocation of IT assets such as laptops, workstations, and mobile devices involves reassigning the used device to a new user. In this case, the previous user’s data stored on the reallocated device is vulnerable to unwanted exposure if it is not destroyed beforehand.

Similarly, an organization auctioning used storage devices such as workstations, servers, and smartphones to a reseller without data destruction is at imminent risk of exposing sensitive information. The situation can culminate in a data breach incident, haunting the company several years down the line!

Therefore, the devices invariably require a systematic approach to destroy and eradicate the data throughout their lifecycle stages. Please refer to the section on Revisiting Industrial Context for data leakage threats at different lifecycle stages of storage hardware.

3.  Enactment of Data Protection Laws
The passing of focused legislations to protect individuals’ data privacy and confidentiality is a singular development bringing data destruction to industrial eminence. While data privacy laws, such as the US Privacy Act of 1974, have been in force for decades, modern legislation such as EU-GDPR and CCPA brought tremendous focus on data protection and consumer data privacy. As per the United Nations Conference on Trade and Development, 128 out of 194 countries have legislation in place to secure the data privacy of individuals. 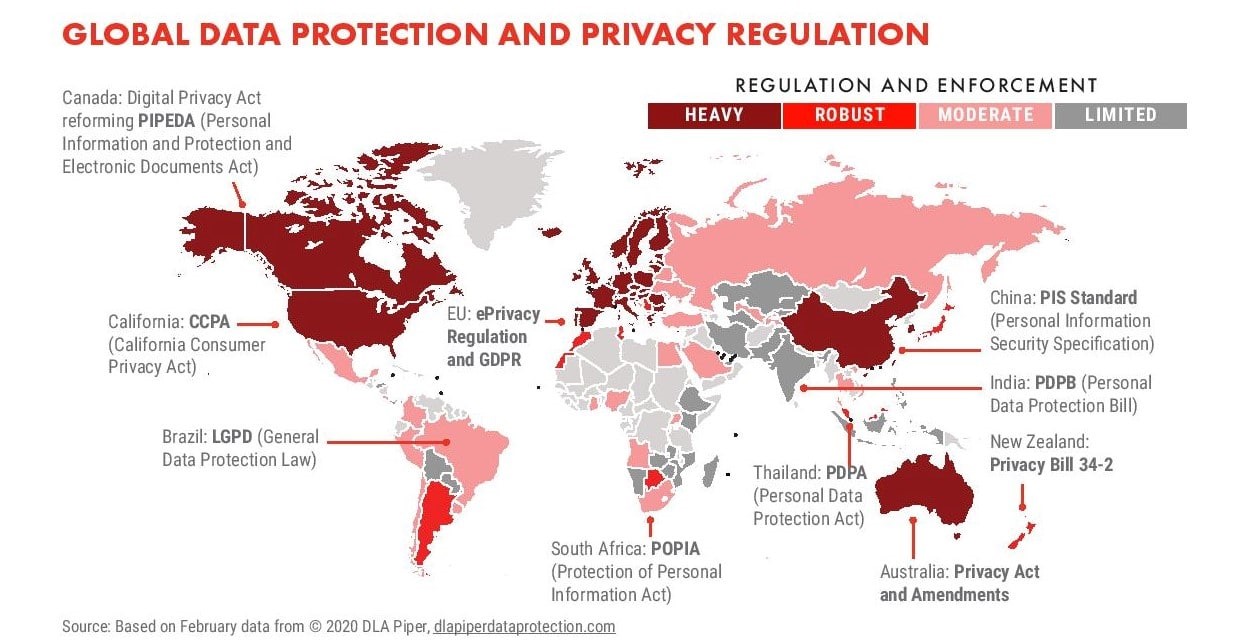 These laws formulate overarching mandates to protect individuals’ privacy and obligate organizations, including commercial entities, government institutions, and non-profits, to adhere to the norms.

Broadly, each of these laws has provisions that mandate organizations to destroy the personal data in their possession, based on inputs such as user consent, authorized storage duration, etc. These laws empower users to exercise rights such as “right to erasure,” “right to be forgotten,” etc.

Further, with broad jurisdictional scope, many of these data protection laws, such as GDPR, CCPA, NY SHIELD Act, etc., bring overseas entities operating in the home territory or possessing the residents’ data into their purview. By scaling the geographical boundaries, these overarching legislations accentuate data destruction as a “global need” — wherever data is being created and stored (and that is virtually everywhere).

Failure to comply with modern data protection laws can attract significant financial penalties, litigation, and even imprisonment due to direct violation of the rules or data breach incidents resulting from inadequate data destruction.

Generally, the financial implications of data breach incidents, resulting because of no or insufficient data destruction, can be exorbitant.

A majority of these stages demand explicit data destruction checkpoints for the permanent removal of redundant information. Furthermore, without data destruction, there are practical risks of data leakage and theft, outlined in the following scenarios:

Scenario 1: Inventorying hard drives and computers
Your organization might store the old IT hardware, including PCs and hard drives, in a warehouse before offloading them for downstream recycling. Such devices, inventoried without data destruction, continue to carry sensitive data of previous users. Imagine if a hard drive or laptop goes missing from the warehouse due to any reason like theft, misappropriation, or accounting error.

The situation on the face of it looks like (only) hardware loss, but it can culminate in a data breach incident with enormous implications if the data on the storage media is compromised. This looming threat of data breach persists until you destroy the data. Be aware that it takes just one hard drive. You might not find it missing in a vast lot until it’sC 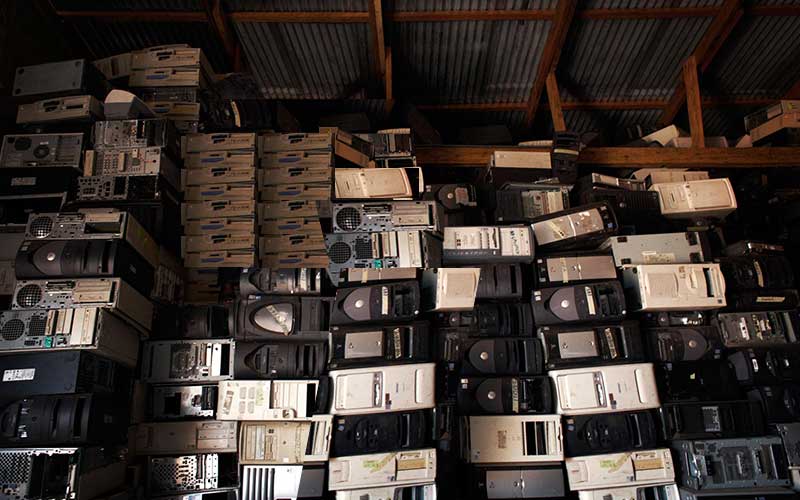 IT asset management professionals usually format the storage drives or reset computer systems to factory settings before disposing them. Deletion, formatting, and resetting are often mistaken as methods to eliminate or remove data, whereas, the fact is, these methods do not remove the data. They either remove the references or prepare the device for fresh use. The data remains inside the storage media in a residual state, vulnerable to illegal extraction or recovery until you destroy it.

A lab study of the world’s largest known sample of 311 used devices, including hard drives, smartphones, and memory cards, had established this residual data threat due to incorrect or inadequate data destruction. The study revealed that 7 out of 10 devices in the test sample had residual data, establishing a lack of data destruction awareness and its correlation with data breach possibilities. 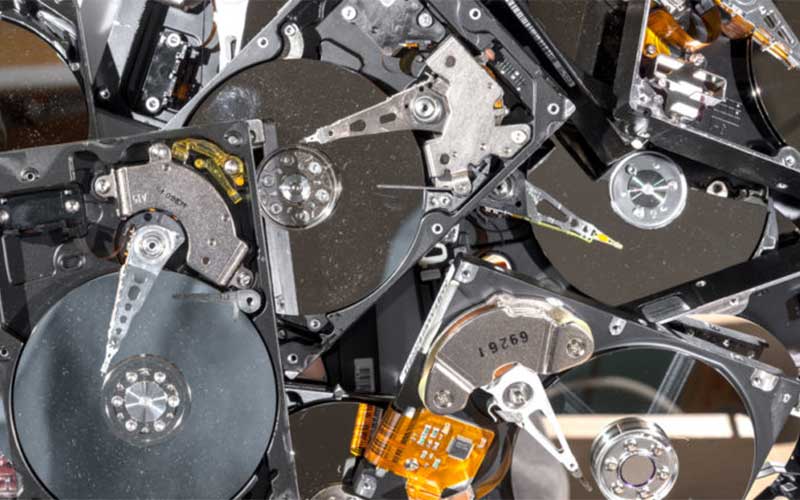 A few other real-world IT asset management scenarios that can turn out in data breach incidents without data destruction include the following:

Scenario 3: Returning leased computers and servers- Without data destruction, the rented devices might expose sensitive information to the broker or vendor.

Scenario 4: Auctioning used storage hardware to resellers - A batch of data-bearing devices can land up with a reseller or ITAD vendor, posing risks of large-scale data leakage if the data is not destroyed before releasing the devices’ custody.

A few years ago, PBS.org had reported an incident wherein a hard drive salvaged from the e-wasteland of Agbogbloshie in Ghana was put up for sale in the open market for a few dollars. The hard drive, reportedly belonging to a large military contractor, stored sensitive information on multi-million dollar US government contracts.

Scenario 5: Donating old computers to charity - While meeting CSR responsibilities, an organization may fail to destroy the existing information on the donated devices before handing them over to the beneficiary. This situation can expose the organization’s sensitive data to the new user or a random person downstream when the device is recycled or dumped.

Scenario 6: Internal reallocation of devices - Another seemingly harmless data leakage situation may crop up with the reallocation of a laptop or desktop PC without data destruction. The previous user’s data might remain recoverable even after hard drive formatting or resetting the PC, potentially exposing confidential information.

The costs incurred due to data breaches provide an incisive perspective to the mounting need for data destruction. According to IBM Cost of a Data Breach Report 2020[1], the global average total cost of a data breach is US$ 3.92 million, with United States having the highest average cost of data breach, equaling US$ 8.19 million. Companies need to bear this high cost of data breach, resulting due to leakage of undestroyed information, on account of multiple implications, namely:

For businesses, spurious transactions could mean massive damages in indemnities, such as chargeback requests from consumers. For example, the average cost of credit card fraud[1] for the merchant equals $200 per compromised cardholder. And, this damage is in addition to the financial penalties imposed by data-protection laws for a reported data breach incident.

2.    Hefty legal penalties
Data protection laws have provisions for initiating legal proceedings, including class-action lawsuits, for data breach incidents, culminating in financial penalties. These fines can be substantial, arrived at based on the organization’s annual turnover or in multiples of the violation instances (number of affected individuals).

3. Reputation loss and customer alienation
Failing to destroy data can result in a data breach and consequently affect a company’s customer base because of the loss of trust, bad publicity, and brand damage. Based on the quantum of the breach and the number of affected customers, customer alienation can be significant with a direct and long-term impact on revenue.

According to a PCI Pal survey[1], 83% of consumers in the US expressed that they will not buy from a business for several months after a security breach incident, while 21% of customers said that they would abandon the company forever. The survey also found that 58% of consumers in Canada were hesitant to do business with a company for several months after a breach.

Data Destruction is an Indispensable Need

Data destruction has been a recurrent theme in the knowledge cycle, which gained top-tier priority with the growth of data and storage media. The shift from physical recordkeeping to digital storage in the late twentieth century unfurled a colossal challenge — i.e., to constantly protect the privacy of the snowballing datasphere contained in a vast number and variety of storage devices transitioning a maze of lifecycle stages.

Aside from data and storage devices, regulatory compliance is a critical driver that underpins the need for data destruction. Data protection laws such as GDPR, CCPA, and the like impose compliance as a definitive obligation for doing business, compelling organizations to devise and deploy compliant data destruction practices.

By and large, the cost of (not doing) data destruction is hefty considering the implications such as legal penalties, fraud transactions, customer alienation, and reputation loss. Further, it can significantly impact organizations’ sustainability by diminishing their shareholder value and enterprise value. Therefore, companies need to take a proactive approach and use appropriate methods and techniques to data destruction that arrives as an eminent need in the data-first world.

Want to gain a deeper understanding of data destruction methods and techniques to compete in the emergent landscape?